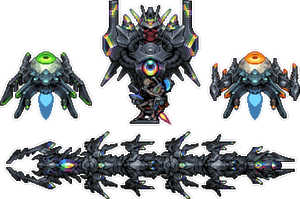 If you were looking for something other than the boss, see Draedon (disambiguation).

"The fruits of masterful craftsmanship and optimization, created only with the objective to destroy."

The Exo Mechs are a group of post-Moon Lord bosses that can be fought simultaneously after defeating Jungle Dragon, Yharon, and intended to be fought around the same time as Supreme Calamitas. The battle consists of a passive Draedon along with the four Exo Mechs: XS-01 Artemis, XS-03 Apollo, XM-05 Thanatos, and XF-09 Ares. They are currently one of the most challenging bosses in the Calamity Mod.

Defeating them will provide the player with Exo Prisms, a crafting material for various endgame equipment.

The Exo Mechs do not spawn on their own, and require the player to construct The Codebreaker with a Decryption Computer and an Auric Quantum Cooling Cell. Once constructed, the player can interact (right-click) and press the Contact button. The Exo Mechs can be fought in any biome at any time.

Once summoned, Draedon will allow the player to choose an Exo Mech that will be spawned first. 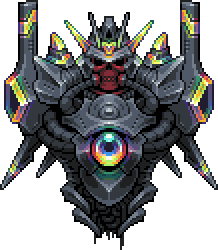 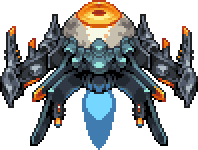 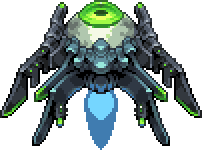 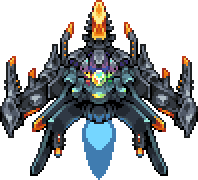 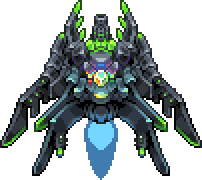 Ares initially spawns with four limbs: the Laser Cannon to the upper far left, Tesla Cannon to lower left, Plasma Cannon to the lower right, and Gauss Nuke to the upper far right. These share the same health pool with Ares, thus damaging any of the weapons will also damage the main health bar itself. For most of the battle, Ares and its arms will hover above the player, and will not deal contact damage.

Artemis and Apollo initially spawn to the left and right of the player respectively. They will remain around those positions for most of the battle, with frequent small movement and infrequent charges towards the player; if all three of the Exo Mechs are currently active, they will position themselves 22.5 tiles lower than usual. The two entities share a health pool, thus damaging Apollo will also damage Artemis and vice versa. Upon reaching 60% health, both bosses transition into the second phase, ejecting their lenses and revealing their pulse cannons.

Thanatos initially spawns far below the player, and is composed of 102 segments. All its segments including the head and tail are effectively immune to damage. However, body and tail segments will occasionally open up, emitting steam, pulsing red, as well as appearing red on the minimap. While red, a segment's damage reduction drops to zero, in addition to taking 40% / 30%

more damage. Thanatos' open segments must have at least 3 / 2

closed segments between them, which decreases to 1 if berserk.

Regardless of the type of attack, open segments always fire at each individual player in multiplayer, up to a maximum of 3 players at a time. If segments are at least 150 tiles away from the player, they will not fire until the player is back in range. After firing, segments will remain vulnerable for 3 seconds before closing. The time taken to close the vulnerable segment reduces to 2 seconds if berserk, 1 second if it is the last mech alive.

When Draedon is spawned for the first time

When Draedon is spawned in subsequent battles

When Draedon is attacked during his closing monologue